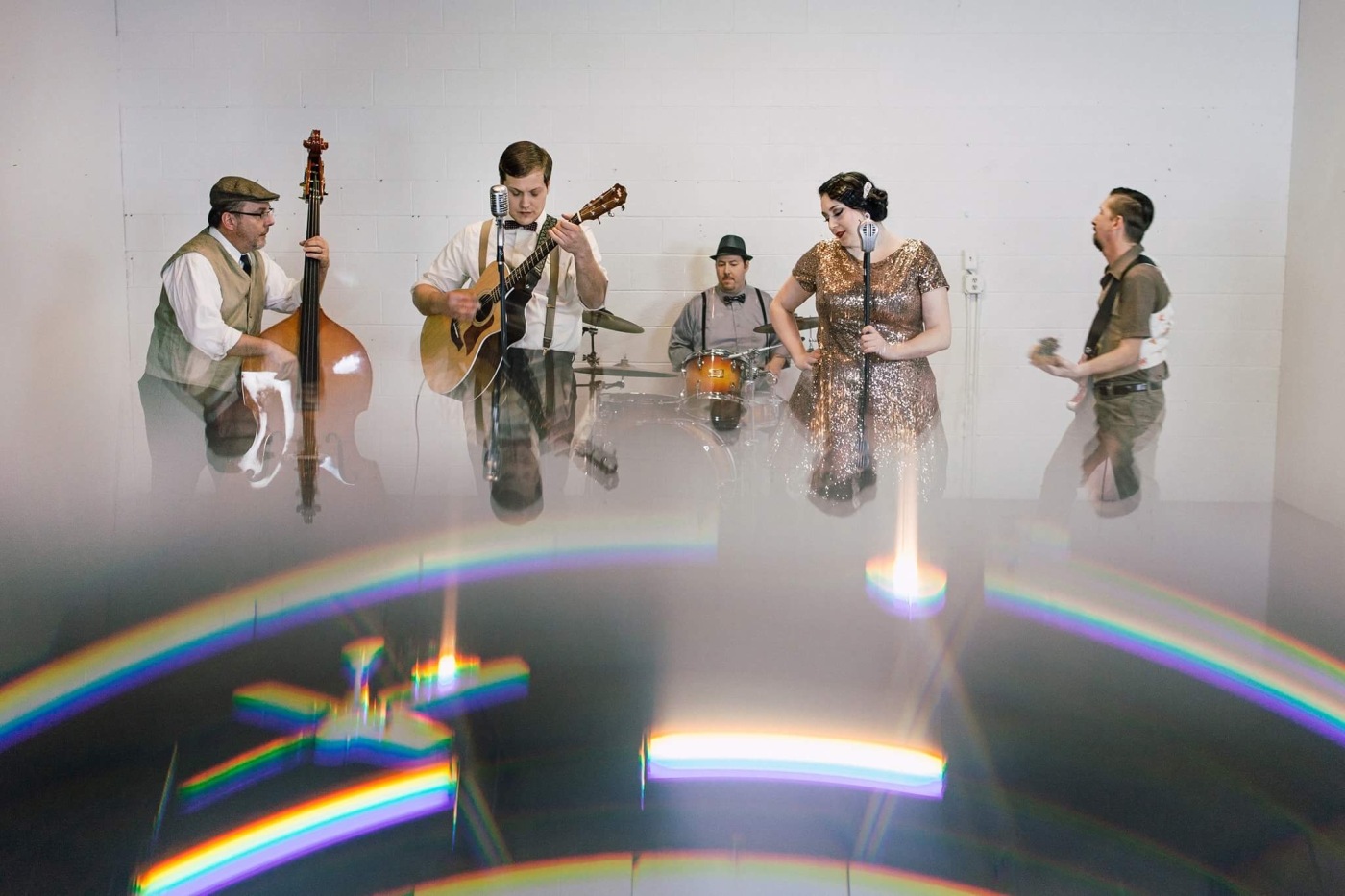 ATMIG, which stands for “After the Money is Gone,” is a band from Detroit Michigan. The band is made up by Tobias (vocals/guitar), Julia (vocals), Dave (Drums), Phil (bass/cigar box/mandolin), and Otto (bass/chatter).

Julia and Tobias were kind enough to answer a few questions, here’s what they had to say.

Julia: We met at a very glamorous cocktail party thrown by our original bass player, Otto.

What/who inspired you to write music and learn to play the instruments you play?

Julia: I remember singing into a My First Sony microphone when I was a very little girl. No one’s been able to stop me from singing since.

Tobias: when I was in preschool I would build a microphone stand out of blocks on a platform to sing ELO’s don’t bring me down. I picked up guitar so that I could play both Poison’s “Every rose…” and George Michael’s “Waiting” (same song)

Julia: Detroit had a very active music scene. You can catch great music of any genre any night of the week. It’s kind of a close knit community too. Everyone eventually knows everyone, and they’re all very supportive.

Julia: One time Tobias locked his pedal board and keys in his trunk in between two gigs we had in one day. That was fun waiting for him to run home in our drummer’s car to get the spare key as our start time was looming. He made it just in time.

Tobias: Also, we played a festival in a hurricane, where I wrote on the spot the song “Watch Out For That Tent”. No one was injured.

Tobias: It’s probably “Pail” for me too.  Or “Boy”.  I like singing about being a father, because my son makes me smile.

What has been your favourite gig so far?

Julia: Wow we’ve had some good ones. Playing in-studio at a local radio station was cool.

Tobias:  I loved the hurricane show because we chose to stay despite likely electrocution.

Julia: On Record Store Day we released a single of our song Trip to digital and 7″ vinyl. The cool thing about the vinyl is that it was pressed at Jack White’s newly opened Third Man Pressing.

Tobias:  We have received many requests for a full album, so we don’t really have any choice but to follow through quickly. ETA December or January.

Julia: We’re playing a few shows around Michigan and then getting back into the studio to work on a full length album.

Do you have a pre show ritual?

Tobias: Looking for the stage, while texting.

Any information you would like me to add to the interview?

Tobias: I have a tendency to give away our merchandise. What size shirt do you wear?

24 year old from Leicester who's life revolves around music and football.