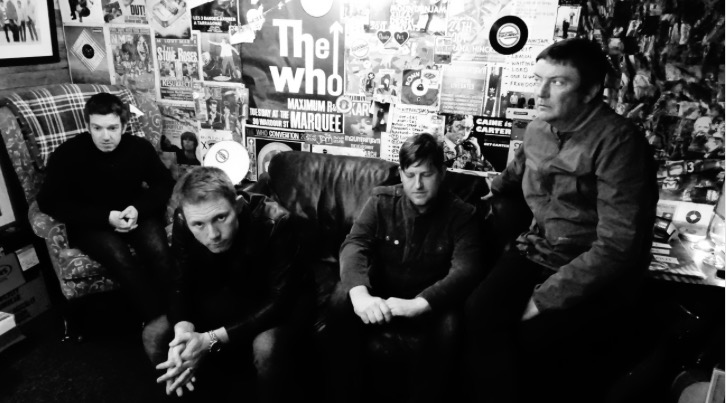 I recently discovered MOUNTAINJAM through a friend who sent me a link to their stuff, and wow I’m so glad my friend told me about them. The band’s debut 10 track album ‘You’ve Got Yours Where’s Mine’ shows how good this band are.

‘Summer Rain’ introduces us into the album, it draws you in from the very beginning with its guitar riff and vocals. It’s catchy and I can see this track from the album being amazing to listen to live.

‘Heavenly Blue’ is one of my favourite tracks from the album, from the beginning you can’t help but stop and listen to very word of the song, It’s one of the bands more slower tracks but it’s still gets you tapping along.

Your ears will undoubtedly adore every track on the album from MountainJam, according to my friend they are seriously one of the coolest and talented bands around the Midlands. My four year old son has taken a shine to the album as well and has already told me he is going to see the band live when he’s a bit older, which really means dad you’re paying for me and you to see this band live one day.

A fantastic album from start to finish, it really has something for everyone to enjoy listening to on the album. It shows off the bands talent for song writing and performing and I can’t wait to hear some of the tracks live.
10/10

MOUNTAINJAM will be playing live at The 2Funky Music Cafe in Leicester on 23rd June make sure you go done there and check these guys out.