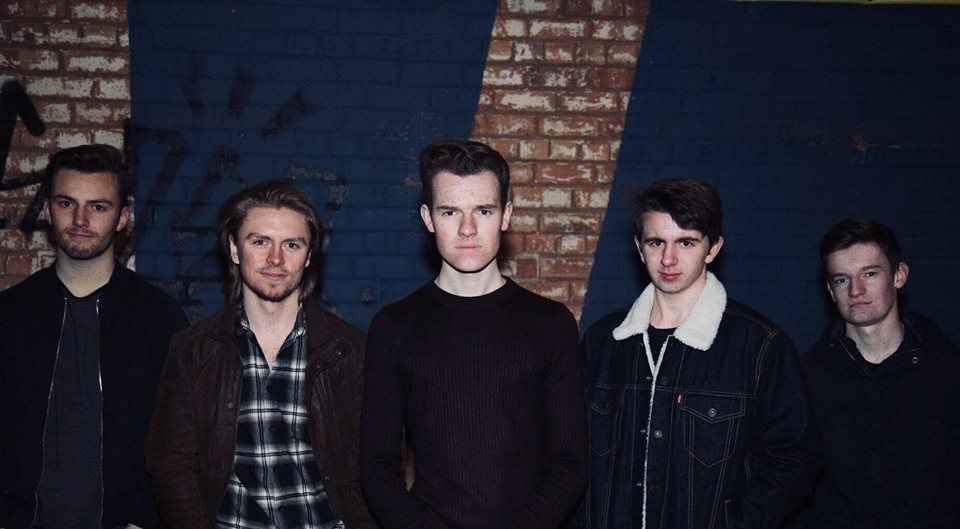 Karkosa are a 5-piece alternative/indie rock band from Birmingham, the band was first started in 2013 by brothers Michael and Jack. The current line-up of the band was formed last September which consist of Michael Warnock (Singer/Rhythm Guitar), Jack Warnock (Drums), Ryan Trott (Bass), Tom Rushton (Lead Guitar) and Will Clews (Keyboard).
Michael from the band was kind enough to answer some questions we had, here’s what he had to say.

How did you all meet?
“Jack’s my brother so we have known each other for quite a while, we’ve been doing the whole music scene since our dad got us into it really. I met Tom and Will at a music college I went to and that’s how I got to know those two guys. Ryan is a good friend of Jack’s so that how we got to know each other”

What was the first did you do as a band?
“The very first gig The Sunflower lounge in June last year, it was our first ever gig we had a mosh pit at, it was a really good gig”

What has been your best and worst gig?
“Hard choice I mean we have had our fair share, I don’t know I’d probably say our last gig was a mix of both. I broke a string, but we also had two South Korea girls turn up and they were acting like we were celebrities. I can’t say we’ve had a really bad gig, the guitarist Tom is a perfectionist, everything has to be right, the crowd has to be perfect and it’s hard to give him a good gig. I long for the day Tom say’s actually that gig was alright, so when Tom say’s that I’m over the moon”

Can you tell us a bit about your music?
“For me I’ve always been inspired by the bands I grew up listening to as well as the bands I listen to now, I’m a huge fan of Catfish and the Bottleman, The Amazons, Royal Blood, Kasabian I also like a bit of Twenty-one Pilots. I sit listening to their songs and think ‘I want to do something like that’, so my aim is to go and do something like they have, write songs that are inspired by what I’ve heard as Noel Gallagher once said, ‘you write what you listen to’ and I totally agree with that. I usually write songs about what’s on my mind really”

Do you have any funny gig stories you can share with us?
“To be honest I’ve already mentioned it, the one with the South Korea girls seeing them two act like we were celebrities was crazy. I’m trying to think now, we had another gig where we had some other South Korea fans turn up and that was pretty funny. They all act like we are a big band it’s like they are meeting Kasabian or something, we stand there like why are they acting like we are so popular and it’s because they love our music. Basically, any gig where we have had South Korea fans turn up has been a funny/pretty weird gig”

Can you describe your music in three words?
“Energetic, adventurers and quick, yeah I’d say them three I’m sure the other band members could think of better words”

Do any of the band members play certain roles in the band?
“I don’t think any of us play certain roles or have nicknames we are a bit boring on that side, I mean I usually call Jack Jock but that’s more a brother thing. We are just a bunch of friends that get the job done, I’d describe us as a nice band as we are not a typical Indie band that goes around smoking and stuff like that. I mean not that we are against all that it’s just not who we are, we are more of a polite band that turns up on time and stuff. Whenever I talk to people about the band they expect us to be like proper Indie kids, going around the pub, smoking and all that look but we are not like that at all. I met some bands that think they are the shit and others that are really polite, and I tend to get on better with the politer ones, I mean I know every band have their ego, but a bit of politeness is good to have still”

What makes Karkosa stand out from other bands?
“Nice mix of classic rock and indie rock, I’m quite presents I listen to a lot of recent music such as Catfish and the Bottleman because I like that sort of quick past music. Tom is the complete opposite he loves classic rock like ACDC thing’s like that, he’s also the best guitarist I know he loves anything that has complicated guitar riffs etc. So we have a nice mixture which you can also hear in our music and I don’t think there are many bands out there that have that sound that we have, a lot of our songs are longer than the usual 3 minutes, we have one song that’s 6 minutes long we don’t really do short songs which isn’t good for radio I mean we have one 3 minute song which we use for radio but that’s it”

What is the music scene like in Birmingham?
“Personally, I think Birmingham has one of the best music scenes going apart from places like London etc, I haven’t seen all the scenes yet but from what I have seen I think Birmingham is pretty good. There are so many great bands around Birmingham now, we also had The Birmingham Music Awards not long ago which we got nominated for ‘Best Indie Band’ which was really cool. The awards were great, it just showed what a variety of bands we have around now. We’ve also got some bands around that are doing well for themselves so yeah it’s a pretty good scene which I am happy and proud to be a part of”

What is your favourite track to play live?
“Sheffield! it’s my baby and a song I am really proud of, when people listen to it they don’t just think we are a band of young lads they hear what we can actually do. It’s a fun song to play, I love all our songs but that its special to me and I’m sure the other members would agree with me”

What are your plans for the rest of 2018?
“Currently we’ve got a lot of gigs coming up and we are playing Bromsgrove Festival in Hull, we have more gigs planned in Birmingham, Edinburgh, Manchester and Sheffield. The in October we are off to Seoul in South Korea for a festival which is our big one for the year and maybe one more headline gig after that one who knows”

Any EP’s or singles coming out soon?
“We have uploaded a pre-release of our single ‘Red Hoodie’ which is going to be realised on August 15th that’s for the pre-release only and maybe a month after it will be released on Spotify and all that. After that who knows, we want to release an EP, but I think that will be next year at some point”

What was your first gig and how much has it inspired you?
“From the top of my memory my first gig that I can remember was seeing Kasabian at the NEC in Birmingham. I was like 10/11 and my dad was a huge fan of them, so I had grown up listening to their stuff. We were quite far back as we were sitting down but I remember watching them and thinking ‘god I really love them’, I was just learning the basics on guitar and I wasn’t really into that music then but that was a special moment. Another one that really influenced me was Catfish and the Bottleman the first time I saw them because at that point I was more into the music then and I was a huge fan of them, I remember standing there thinking I want to be like that”

Final question, Is there any information you would like us to share?
“Our single ‘Red Hoodie’ is available to listen to on our BandCamp page which you can find links to on all of our social media pages. Our next gig will be on the 18th August at Castle and Falcon in Birmingham”