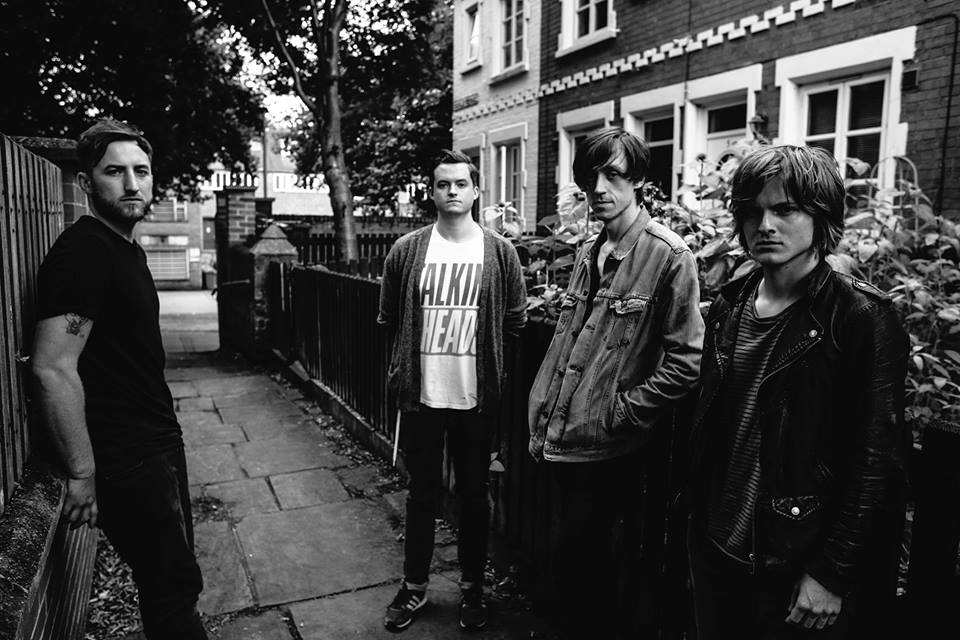 Those Howlin’ Sounds are a four-piece garage-punk/rock band from Nottingham made, the band is made up by Alex Strongman (Vocals/guitar), Luke White (Guitar), Adam Crooks (Bass) and Kayne Clarke (drums). Their main influences including Ty Segall, Bass Drum of Death and Anton Newcombe (The Brian Jonestown Massacre) as well as the energy of the garage/punk scene in America (Ty Segall, Black Lips, Thee Oh Sees, FIDLAR) and UK sounds like The Blinders, Slaves and IDLES. In September (2017) they released their first self-recorded single ‘Twenty Five’ and have recently released their 10 track debut album ‘SLEEPWALKER’.
Here’s what Alex had to say when we got a chance to ask a few questions.

How did you all meet?
“I had just moved back from living in South London and had made an early demo version of our debut album. I sent it along to Adam (Bass) and Kayne (Drums) as we’d played in different bands/projects previously and get them on board. We played as a 3 piece and then finally Luke, who we also knew from the music scene, joined us in late 2016. Since then we’ve worked as a group on what is now our debut album ‘Sleepwalker’”

Who were your influences growing up?
“Growing up we used to listen to punk/post punk stuff such as Joy Division, Talking Heads, The Velvet Underground, Trail of Dead and the Ramones. We were all also into the indie scene in the early-mid 2000s such as the White Stripes, the Libertines and the 22-20s (latter of which are doing a master for a few tracks on our debut album)”

What made you want to be in a band?
“We’ve always had a lot of fun playing in different bands/projects or solo. We love to play and write and do live shows. It’s just a very fun thing to spend your time doing”

What has been your best gig?
“We were lucky enough to play Beat The Streets festival this year to a packed Bodega, that has been one of the best. We also did our first hometown headline show at the Chameleon a few weeks ago and had an absolute blast doing that, the response was amazing”

Can you tell us a bit about your demos?
“Our demos were mainly made by me in my bedroom over a year or so using garage band and a USB microphone. Self-recording is something we’re going to look at again for future releases when we get more studio time behind us”

What makes your band stand out from others?
“We’re influenced by a few different styles. On our album there’s a surf style song that opens the record, and also some country influences and anything from garage-pop to punk to acoustic. I’m currently working on a Spanish guitar song for the next album”

What are your plans for the rest of 2018?
“We’re going to be playing/touring our record and starting work on album #2. I’ve already got 5 songs finished for it so we’ll be putting some time into putting these songs together as a band record for the next record”

If your band had to be remembered for one thing apart from your music what would you like it to be?
“Doing nearly everything as DIY as we could”

Any information you want us to add to the interview?
“Our debut album ‘Sleepwalker’ is on all major music platforms, take a listen or you can download it off Bandcamp. We’re playing the Cadenza Music festival on August 26th, then we’ll be at the Maze on October 10th and Rough Trade on November 18th. Keep a look at our Facebook for more gig updates as we’ll be playing further afield as the year goes on”