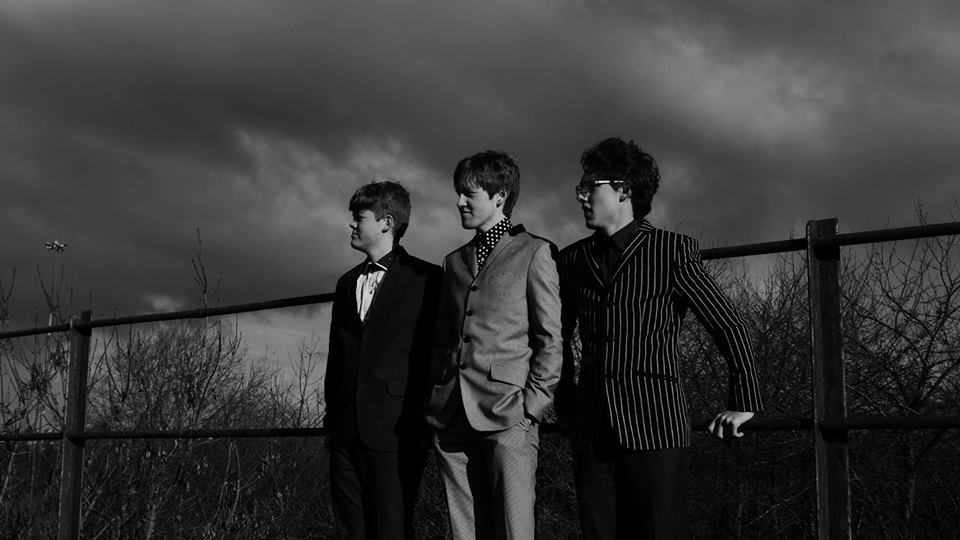 An up and coming 3 piece band reigning from Nottingham. Their Image sets them aside from the rest as they favour a shaper look that encapsulates who subculture are. The band have been recalled as “Young, Gifted and Focused” by LeftLion Magazine, “Youthful, Passionate, Energetic and Cool” by Mods Of Your Generation and have successfully engaged a following of people with their stripped down, raw reality fueled music and performances.

Oliver from the band was kind enough to take some time out and answer some questions for us, here’s what he had to say.

Firstly, can you tell us a bit about your music?

“Our music reflects my thoughts, feelings and the experiences that I’ve either had or seen. The good, the bad, the triumphant, and the downfalls. The things that are part and parcel of life really. Some are more serious than others as you’d expect, but it’s got to resonate with me in some way, especially nowadays. I first started writing songs when I was around 12 years old. It came about by realising “Hang on, all these songs I’m listening to must have come from somewhere?” And that’s what set the spark ablaze. Its quite strange, I think I found it easier to write songs when I was 12-13 years old? But wether they were good or not is….questionable?”

Growing up who were your music influences?

Oli – “Naturally overtime it changed and differed, almost like finding my feet, I’ve always had an interest in music that had passion. I liked, and still do, a lot of the blues/rock n roll music. It was very generic stuff but it was exciting and it spurred me on when learning the guitar. And then that also ran along side punk music, and the odd new wave tracks too”

Dec – “I’ve always been a massive fan of music and lots of different kinds of music too, from early blues to the 80’s. However, it’s hard to say what influenced me growing up because of how much I appreciated and enjoyed listening to different styles of music”

Lewis – “Well it was mainly a bit of everything for me but mainly Bon Jovi, Wham and The Killers. It was just what I was brought up on and what my family was listening to. I’d heard of all the Mod stuff like The Jam & The Who but Oli really got me interested in it”

Describe your music in three words.

“It’s hard to talk about your own music without sounding overly pretentious, but I would say our music is: Honest, Energetic and Passionate”

You have a new music out can you tell us a bit more about it?

“Our latest single is comprised of 2 songs. Sound Of Truth being the first, it’s really about how I personally haven’t found much music on the circuit today that excites me or gets me motivated for music. I feel like it’s fell flat. It’s all very samey. You could say that there’s very much a band wagon. As for Ivory Tower, it’s describing the common antics of authority and the depiction of a power that can’t really contain itself. To be honest, I think of politics as something that anyone and everyone can have a free moan about. Both Sound Of Truth & Ivory Tower are out now on all Streaming and Download platforms, but it will also be coming out on 7” inch vinyl sometime in the future via Heavy Soul! Records”

Any plans for anymore new music to be released soon?

“I know it’s not new but as I mentioned previously, our most recent single will be coming out on vinyl sometime in the future which is always great. But we are always throwing new songs around, next year we are going to be pursuing our own music as much as we can, getting it released and getting it heard. Although, we might have to release something towards the new year maybe? Something for when we venture into 2020?”

“We’re from Nottingham, and there’s a lot of musicians and bands playing music which is great, but from what I’ve seen it’s become stale and saturated. I’m waiting for someone to breathe new life and revitalise the scene a bit. And there’s plenty of people around for it to happen. As for venues, there’s quite a number of them for example, some better known ones are The Chameleon, The Bodega, Alberts, The Angel, Rough Trade, however there’s a great amount of smaller venues and pubs that have live music too”

What is your favourite venue to play at?

“The Dublin Castle is definitely a top one. It’s an experience we’re very glad to say we’ve had. And one that will return next year as we’ve secured a co-residency which we can’t wait for. It has just got a great sound, a great atmosphere and not to mention that the walls have soaked up so much musical history. The place breathes music. And I guess for me it’s also down to the fact that I like it when the crowd are right in front of you. For example, The Chameleon in Nottingham has a great sound and the stage IS the floor. There’s no riser or step. The boundary line is the wall of speakers. The closeness is something that creates a whole different experience. You can see the crowds faces, what and where they’re looking, and when it gets going you can almost touch the energy. We feed off that”

What has been your best/worst gig?

“There’s been a lot of gigs, so to choose one would be quite a task. Some of the gigs we’ve really enjoyed have been WOT Scooter Rally 2019 which was for a crowd of around 750 people, The Chameleon for This Feeling, August Bank holiday in the Isle Of Wight, our debut gig at The Dublin Castle in Camden Town, and plenty more. We haven’t really had any terrible gigs that stick out to us unlike our best. We did have a speaker blow up once”

Do you have any funny or interesting gig stories you can share with us?

“Off the top of my head, I remember Dec nearly passed out behind his drum kit once due to lack of sugar… If that doesn’t give you an insight into why people have referred to him as “Animal” before then I don’t know what will. We also once found a drunk man during our sound check that had decided it was time for lay down behind our backline on stage. It was alright though, it turned out to be a good friend of ours, and we all had a laugh about afterwards. We won’t let him forget that”

“We have got gigs coming up playing at a lot of pubs and clubs. We’re mostly booked up for the rest of 2019 so we are already getting our heads together for next year, in fact we’ve been doing so for about 2 months now. We put all our gigs on our Facebook Page and Website”

“2019 will be over before we know it, but we’re still keeping it going and staying match fit. We’ll have a new music video coming out for our single Sound Of Truth which is being produced by Reece Jefferey who has worked on all of our previous music videos, as well as both songs being released onto vinyl”

If you could collaborate with any band or artist who would it be any why?

“It’s a tough one really, but Madness would be a brilliant bit of fun I think. Their music is iconic, and their energy is infectious”