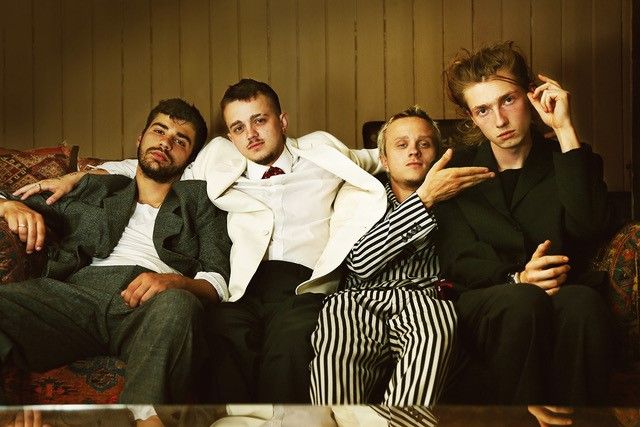 London four-piece The Jacques have shared their latest single, “I Never Want To Be Your Boyfriend”, and confirmed an extensive UK headline tour for March 2020. Since their formation five years ago, The Jacques have established a devoted following in both the UK and Europe, particularly in France where they are true indie-heroes, the band have taken their time evolving and crafting new material.

Finn from the band was kind enough to answer some questions for us, here’s what he had to say.

Growing up who were your musical influences?

“The usual stuff that made being in a band look like the best job in the world to kids who grew up in the noughties – Blur, Nirvana, The Libertines etc. But there was also a lot of pop and country music around me growing up (Finn) and the latter definitely influenced my guitar playing hugely”

Where do your ideas for songs come from?

“They don’t! I have never ever sat down to write a song (successfully anyway) about something. Lyrical ideas come from all sorts; words that I think are just beautiful sounding words, combinations that create and interesting rhythm, that sort of thing. Thematically, religious imagery and concepts are prominent in the writing”

Can you describe your music in three words.

Do you have any funny or interesting gig stories you can share with us?

“On the way back from a nine-date tour in France and briefly Milan, the tyre completely disintegrated off of the wheel of our van about 20 miles from Calais which meant we had to stay an extra night in France. We were waiting for the French equivalent of the AA to come and rescue us from the hard shoulder so me and our friend Josh who had come on tour with us volunteered to walk across some fields to the nearest place we could get food which was a strangely rural McDonalds. As we crossed one of the fields we noticed a group of really friendly looking spaniels coming towards us, so we said hello and started to pet them. Then, and this is all completely true as told, one by one seven French farmers emerged with rifles telling us to go away, so we turned and started walking back off the field. They then started firing warning shots until we started running. We sprinted off the field to the sound of dogs and rifles”

What has been your best gig so far?

“Transmusicale Festival in Rennes” Footage for the entire show is up here: https://www.dailymotion.com/video/x549geh

“We are based between Bristol and London, so of course there is the whole post-punk revival thing going on in Brixton at the moment which seems to be going well but we’re not really a part of it at the moment, although we do know various people in some of those bands, mainly from the pub rather than gigs – it’s an everyone-knows-someone-who-knows-everyone type of thing. Bristol is of course known for its music scene, there are loads of great venues there and we love playing there, the shows are always really packed and full of energy”

Can you tell us about your latest single.

“We’ve been putting singles out again since August last year, the fourth and final of which is due for release in February, and all of them are being put out together on a vinyl EP at the same time. Then a little later in the year just before summer, its looking like we will finally be releasing our debut album in the UK which altogether is about 3 years in the making, but its a proper treasure to us. We’re in Glasgow right now putting down the very last bits. We have vowed to be much snappier with the second one as we’ve already started writing and recording new bits”

Do you have a favourite venue you love to play at?

“The Paradiso in Amsterdam”

“Our repertoire is very eclectic. I think on the whole we can be fitted into a post-punk, new wave bracket, we can be heavy and psychedelic and then switch to straight up pop – often strange lyrics and vocal style, over-the-top nods to Motown and ska influences, big harmonies, big guitar sounds, lots of synths. Without wishing to blow our own trumpet I think if nothing else, our sound is at least ever-changing and distinctive”

Do you have any gigs coming up?

“We have our first UK headline tour coming up in March”

“Releasing our debut album, and hopefully some festivals over the summer”

‘I NEVER WANT TO BE YOUR BOYFRIEND’