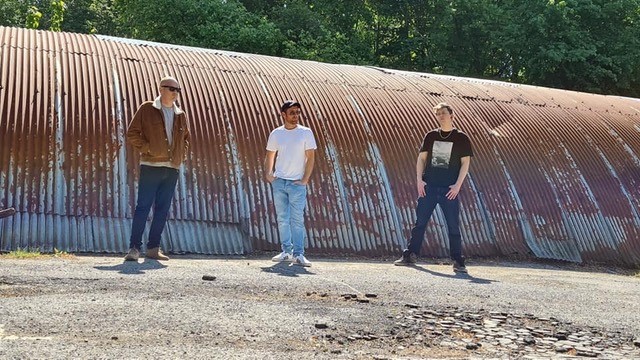 Bursting through the clouds with a beam of mellifluous guitars, anthemic choruses and heart-on-sleeve lyricism, the Southampton quartet deliver a shot of classic songwriting from another era.

Hallmarked with the swagger and sonics of 90s flag bearers like Ocean Colour Scene, Oasis and The Verve, ‘Time To Loose The Blues’ swiftly follows ‘I Told You So’ and ‘Again’ as their third single of 2020 and finds them in fighting form.

Here’s what Ben had to say when we got a chance to ask him some questions.

How did you meet?

“After having 2 years out of music because of the sudden passing of our manager, I already knew a great drummer from Southampton (George), I asked him if he wanted to join the band, and he told me he knew a great bass player from college, and that’s how Luke joined…. We started auditioning lead guitarists, and to be honest the first 2 auditions were awful, then we had another and that’s how we met Chris. It was like clockwork turning for the first time, and he instantly joined the band”.

“My father used to have alot of Beatles albums on vinyl when I was growing up, aswel as Elvis and lots of 60’s icons, so I used to have these on repeat. As I turned into a teenager I listened to Oasis, Greenday, Coldplays first album ‘Parachutes’ was big at the time, what a masterpiece”.

“Funny enough, a close friend of mine told me ‘you should be a frontman in a band mate, I reckon it’ll suit you’. So I started a band and that was that”.

“My best gig probably has to be The Oakford social club in Reading for BBC introducing in my first band. The lady from the BBC came down to watch it and loved it, we were on form that night. I’ve played various festivals like Guilfest which I enjoyed as well”.

“We’ve already released 3 singles this year, and the 4th comes out Friday 14th August called ‘Dirty Little Sinner’. We’ll also be releasing our debut album in spring 2021 along with a full UK tour, but so much to be planned in this..

“If I had describe our music in 3 words it would be Beautiful, Powerful, and Real”.

“I think there’s alot of great up and coming, and there’s alot of stiff opposition although I don’t personally like to word it like that. But I think what sets us apart from the rest is the strength in the songwriting”.

“So we can’t play live like every other artist, actor or musician, so all we can do is keep releasing music and try to deliver quality…hopefully the venues reopen soon for everybody”

“If my band had to be remembered for anything other than the music… it would be ‘these lads were real’”.

“We’ll look to book a tour for spring 2021, to promote our debut album, probably doing a couple of warm up gigs mid March to shake the cobwebs x”