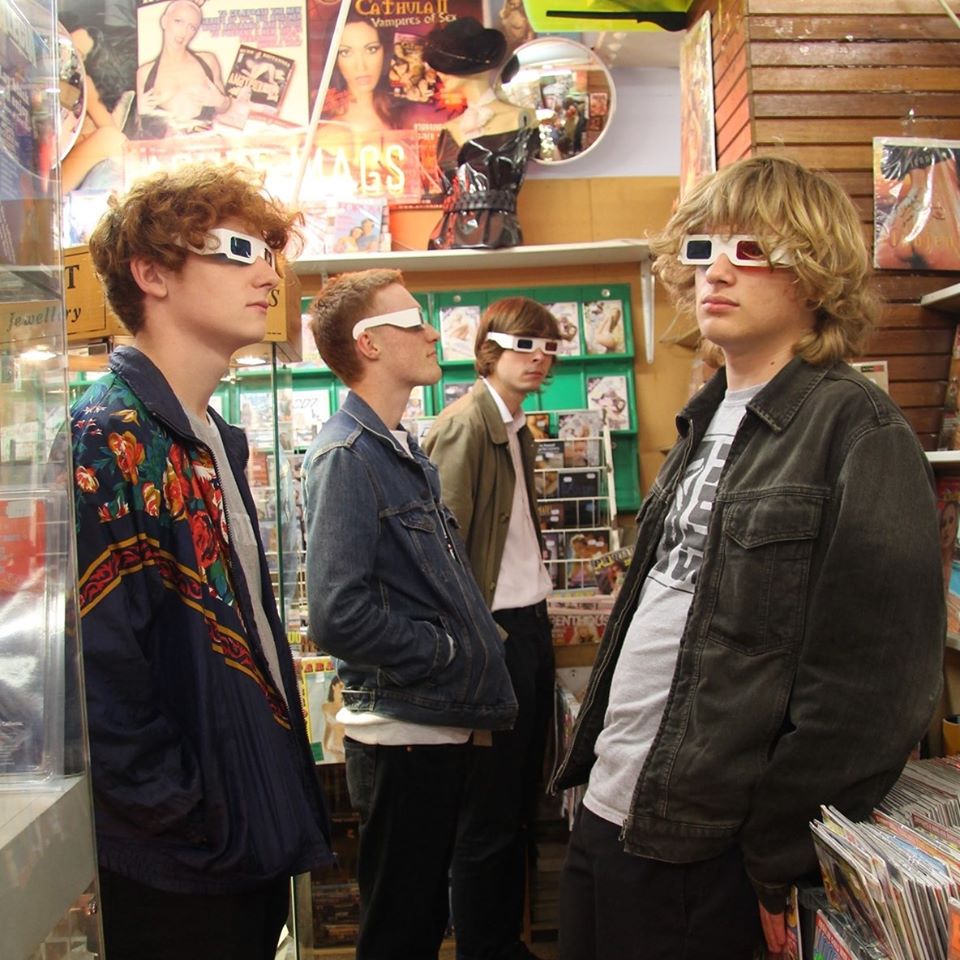 Forming in 2018 The Lotts, from Warrington, recorded their debut EP ‘Out of It‘, at Rockfield Studios: live, in one take, straight to tape, louder than anyone thought possible.

Here’s what the band had to say when we got a chance to ask them some questions.

“We met in college, we were all in the same class and found ourselves becoming friends very quickly which was cool because we hated everyone else in that class”.

“We all listen to different stuff, mainly the whole garage rock revival that happened in the 2000’s, that’s what I was listening to when I really started to care about music. I didn’t really give a shit beforehand”.

“We couldn’t really see ourselves doing anything else…it just makes sense to us. There’s only so much burger flippin’ we can do before there needs to be something else”.

“Probably when we supported an American band on tour called Daddy Long Legs at the Night & Day in Manchester. We were on a streak of playing empty shows then all of a sudden that show was packed out and a great crowd. That’s what makes a show – a crowd that’s down to get weird”.

“We have a new EP out on the 24th July called ‘We Are The Lotts’. It’s our favorite songs from what we recorded last year at Rockfield Studios and it’s our first release that we’ve really put a lot of effort into so we’re all really pumped to release it”.

“Because we’re just in it for the fun and the music. We ain’t in it for the spotify streams and all that shit, it almost seems like bands are at war with each other for who has the most hype, it’s so stupid. We just love playing our music and getting real weird at shows. No schtick, no ego, just the tunes”.

“Hopefully meet up and practice, we’ve all been working on a lot of new stuff so when it’s safe to do so I guess we’ll get writing. We actually recorded this EP about a year ago so we’ve already got loads more material that’s busting to get out there”.

“Maybe next year, I don’t think it’s wise to have a show for a while, we wanna keep the shows rolling but it has to be safe. We’ll find other ways to reach out. We did a livestream right at the beginning of lockdown just when it looked like all the rehearsal rooms and venues were about to close. We’ve avoided doing too much just for the sake of it though over the last few months. Doing a gig in your nan’s back garden to 5 people watching on Zoom isn’t really our thing. We’re holding out for proper gigs to come back. We’ve had some pretty cool offers though for some sessions lately though – so you never never know. We might pop up somewhere soon on another livestream if the ideas are weird enough”.