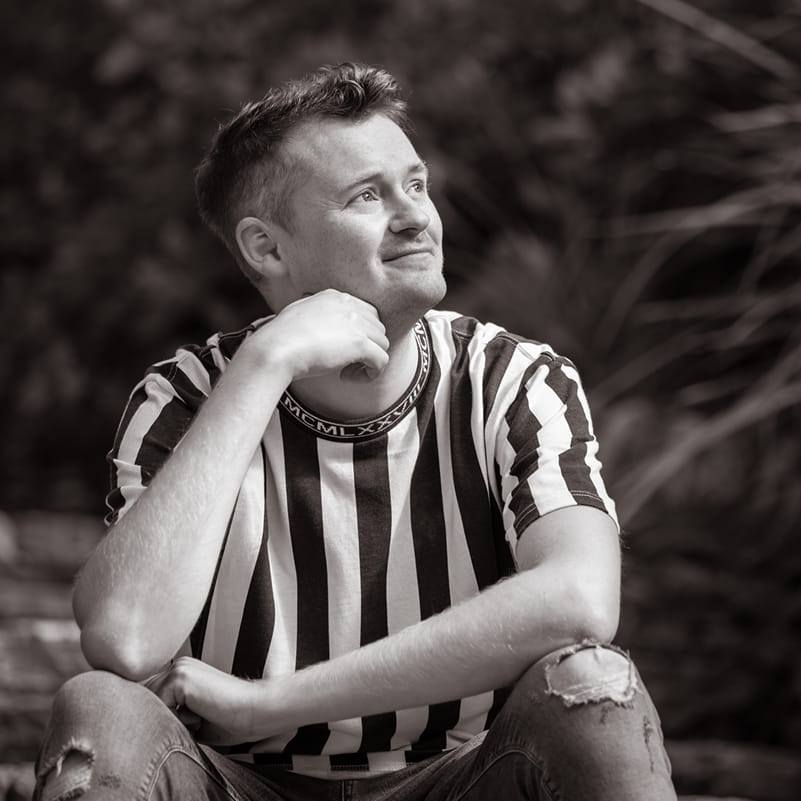 James Millier is a singer/songwriter based in the South East, UK. His music always has an indie electro undertone to his songs however he merges different type of genres from Folk to Rock to Pop into his songs. The best way to describe his music is it’s a fusion of genres rolled into one.

James love of music has always been in his veins from a young age however he started taking it more seriously after a tragedy affected his life which made him come to terms you have to embrace your passions before it’s too late.

After developing his songwriting skills, 2018 really was the year that marked his passion for having an electronic element in his songs. His charity single “This Life” to create awareness for Scleroderma was described by online magazine “Just Listen to This” as a song that would appeal to followers of Keane or Starstailor while having a sing along vibe which hasn’t done Train or Maroon 5 any harm.

Now in 2020, James kicked off his year by releasing Electronic Rock song “Brand New Start”, his latest single ‘Discover New Memories Together’ will be released on Friday 25th September.

We got a chance to ask James some questions, here’s what he had to say.

“Without a doubt Michael Jackson was my main musical icon in my younger years however The Police and Duran Duran were always being played in my CD player. For me the reason I was hooked on these amazing music artists was I felt their music were innovative of their time”.

“It would definitely have to be my debut EP Fall with Fear launch party on Saturday 16th August 2014 at the Bay View in Swansea under my actual real name James Baldwin. The reason why this is my personal best gig was there was a real sense of excitement about going solo for the first time and there was a buzz of anticipation on the night”.

“I would say my music has this folk electropop genre to it with lyrics written from the soul which I try to reach out to connect to the listener to be able to relate to when they listen to the words. This definitely what you will find in my most recent released single ’Discover New Memories Together’ and my previous single ’Brand New Start’”.

“I like to think the songs I release try to have an inspiring message which connects with the listener to get them through tough times while having an anthemic sound in the whole song”.

“I will be most of the time working on my upcoming EP which I am planning to release in early 2021 which I can confirm this new music will have a different genre from my previous music material because I will be going down the route of country music while exploring themes of redemption, hope and strength”.

“If I was in a band, I would also like us to be known as a band who champions other independent music artist and get their music recognised”.

“Not currently due to the covid-19 situation however around the release of the EP I will be trying to do some live performance to promote it”.