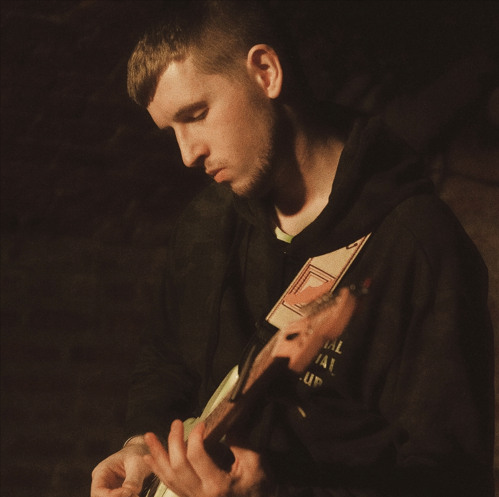 Reilly James is an indie artist from Preston he is due to release a new single called ‘Games’ in November.

We got a chance to ask Reilly some questions, here’s what he had to say.

“Growing up, my mum always used to listen to northern soul and Motown music so I’ve always loved the song-writing greats of that era such as Marvin Gaye, Smokey Robinson and Stevie Wonder. Apart from that, the first CD I bought was Gorillaz – Demon Dayz and that was probably the first time I really appreciated the production of songs and all the different sounds that we’re going on behind the vocals”.

“I only started gigging solo at the start of this year so my best gig to date was my first gig supporting Regan Reay at EBGB’s in Liverpool. It was really scary because my live set up is me playing guitar with a backing track rather than with a band and I didn’t know how it would sound live but I got such a great reaction which gave me a huge confidence boost. I also made a great friendship with Regan who I’ve been collaborating on songs with ever since”.

“My music comes from a love of all different genres. My background in playing in and songwriting for an indie band and then delving into producing electronic music means that my music is a mashup of all different things”.

“I wanted to take my favourite elements of different genres and songs that I love and blend them into something original. I think the big shift over the past few years has been towards genre-less music and I wanted to try and take that one step further by blending multiple genres rather than just two together”.

“This year I was meant to be gigging a fair bit and headlining my own show in Liverpool but the universe had other ideas so it’ll be writing and producing more music, making some more collabs and maybe doing some digital performances”.

“I’d like to get to stage where I’d have a big enough influence to really push grass roots music. I think there’s so many great artists and bands that could be something special but the chance of making a career out of music is getting slimmer and slimmer”.