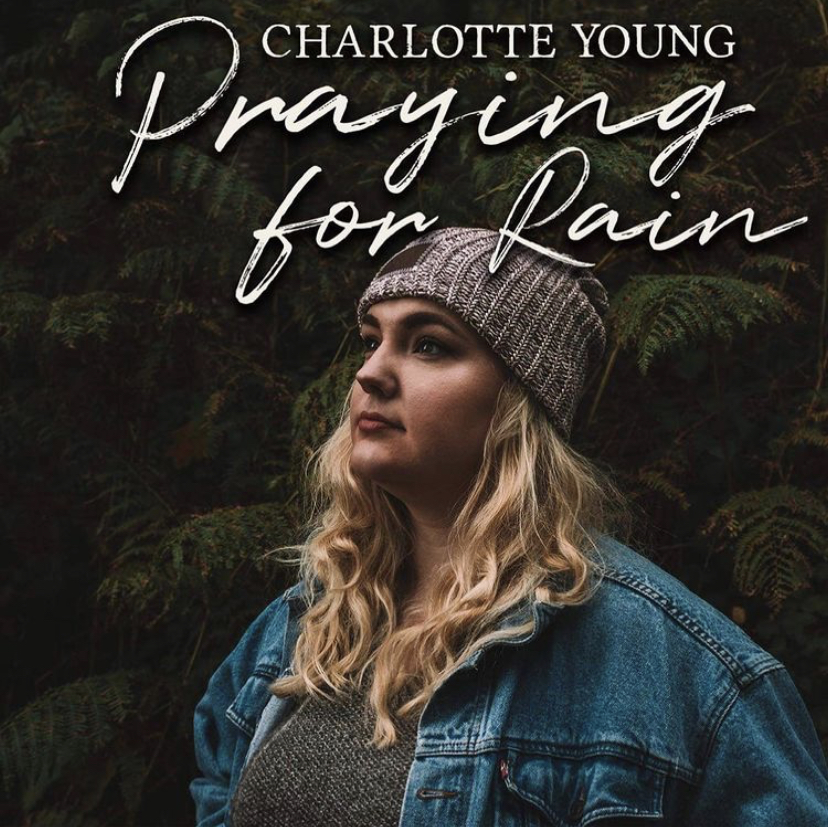 Charlotte Young is a singer songwriter from a city in the UK (that I love), Birmingham, who specialises in country music. You’re probably thinking, “Country music from an artist from a major British city? Really?!”, but yes! Charlotte has enjoyed a wave of success in her career thus far, with her debut single “Whiplash” and her EP “Blown Away” both reaching the top spot of No. 1 on the UK Country iTunes Chart, as well as on the European Academy of Country Music chart! Impressive stuff! Charlotte recently released her new single “Praying For Rain” on November 20th 2020, and I’m here to review it today!

Going into this review, I feel like I have to say that I’m quite the fan of country music, having grown up with it in my life because of my Shania Twain and Dolly Parton obsessed grandmother who would always have the two country icons playing during my childhood! Then, during my own adolescence, I discovered a lady you may have heard of called Taylor Swift, who of course started her career in country music, as well as Carrie Underwood, who is a personal country favourite of mine! Charlotte Young herself has stated that she takes inspiration from Carrie which, combined with my own love of country music, gets me extremely excited to listen to this song!

Instantly, as soon as the song begins, the listener is greeted with a guitar intro that is recurrent in country music the world over, before Charlotte’s stunning vocal makes its arrival, singing about a breakup which is the expected country song storyline but equally one I was hoping for too – I’m in the mood for it! The lyrics are absolutely gorgeous, and you can clearly picture the scene as Charlotte beautifully serenades the story for you, giving you your very own music video playing in your mind. The chorus is a personal favourite of mine, especially as Charlotte absolutely slays the vocals here particularly, not only shining but glowing as the track becomes more of a power ballad! The verses are written wonderfully and flow naturally, showcasing the powerful song writing skills Charlotte possesses, as well as an instantly loveable vocal that was just born for country music.

Remember how I said that Charlotte took influence and inspiration from Carrie Underwood? That is pretty evident in this song, and not in a copycat kind of way – she’s almost honouring and giving tribute to her, which is a treat! The only way I can describe this feeling I have properly is by saying, if this were written for anybody else, it would be for Carrie Underwood! Both Charlotte and Carrie have such a similar sound in this song especially to the point where I’m confidently going to declare right now that Charlotte is destined to become the British version of Carrie Underwood! And I’d be perfectly here for that, stanning our very own country Queen along the way!

So, overall, what did I think? Oh, I hated it. Just kidding! My review is evidence enough that this song was right up my alley and I’ve had the most fun I’ve had in a long time listening to it on repeat, writing this review! I can definitely say that my favourite country artists are Shania Twain, Dolly Parton, Carrie Underwood, Taylor Swift, and now Charlotte Young – she’s pretty incredible! Mark my words, the future is bright for this girl and I’m excited to go and listen to the previous singles and the EP that were, I would imagine were incredibly so, Number 1, and I BEG that “Praying For Rain” also reached Number 1 too! It truly deserved to!

Charlotte, if you’re reading this, I’m excited for your upcoming 2021 EP. And, if you’d let me, I’d be honoured to review that for you too!