Fire In Her Eyes 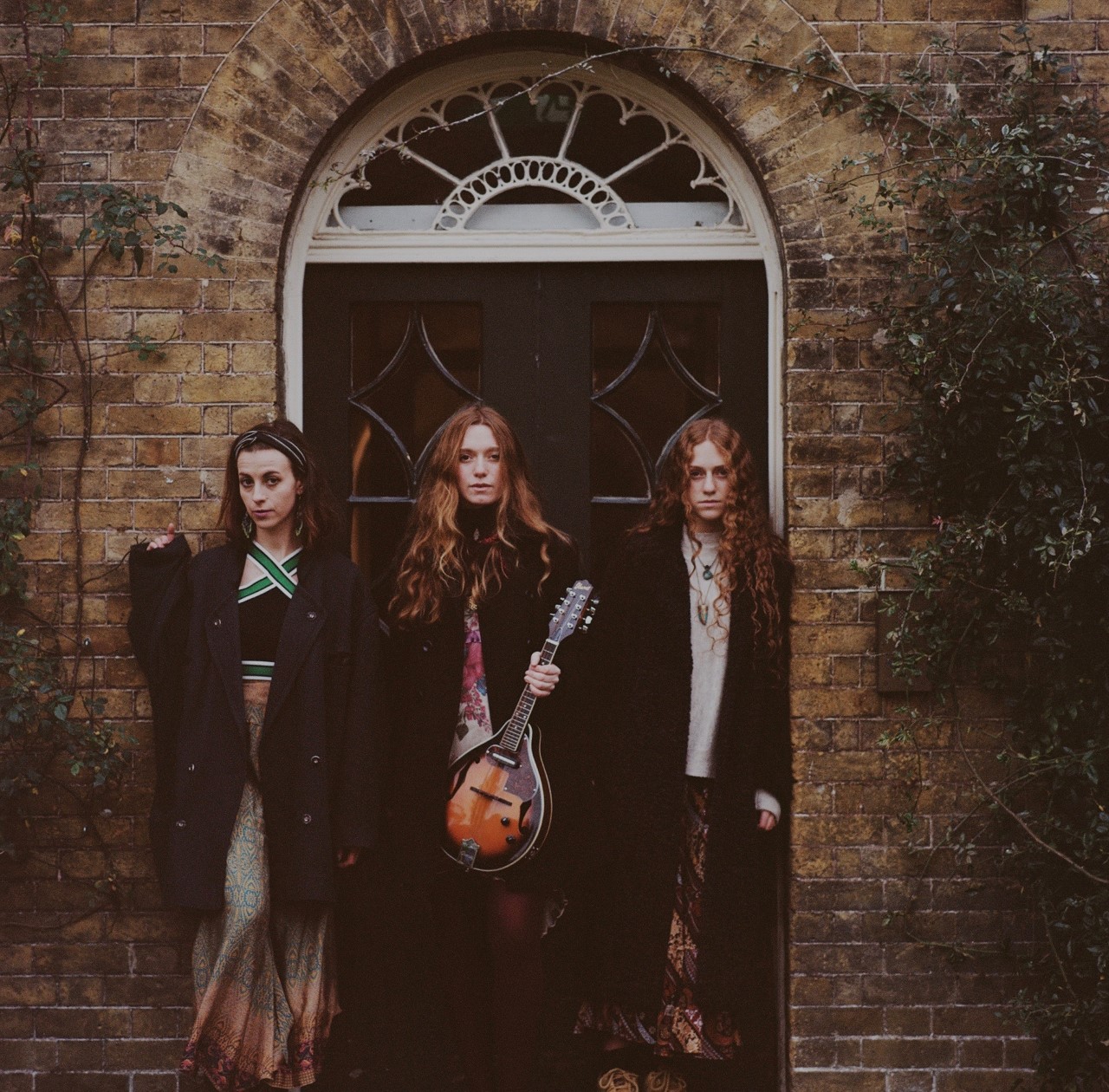 Fire In Her Eyes, a female-led psychedelic band from London, influenced by rock, pop, folk and soul, with a key line up of vocals, keys, bass, drums, guitar & flute. They have a bohemian aesthetic and their sound is characterised by our three-part harmonies.

Here’s what Gabrielle had to say when we got a chance to ask her some questions.

“We’ve all been making music together for most of our lives as Daniella (keys) and Tash (drums) are sisters, and Gabrielle (bass) became best friends with Daniella in primary school, and with Tash soon after. We’ve been writing songs together for the majority of our friendship, however we officially became a band in 2016 when, one summer, after casually uploading a recording of one of our songs onto SoundCloud, a musician found us and invited us to support her at her gig. So Gabrielle picked up the bass and Natasha picked up the drums for the gig and, since then, we officially became a band”.

“Our families have always been into music; Daniella and Natasha’s dad, uncle and grandpa are all musicians so introduced them to lots of instruments and growing up, as well as soul, disco and jazz records such as Heatwave, Hermeto Pascoal and Motown records. Gabrielle’s family aren’t musicians but her dad introduced her to classical music from a young age as well as alternative rock bands such as Radiohead and the Smiths. We’ve all been exposed to bands such as the Beatles, David Bowie, Jimi Hendrix, Queen, the Bee Gees, the Beach Boys and ABBA.

While we were exposed to music by our families, we also discovered our psychedelic musical taste by independently exploring various bands within this genres from different eras, and soon realised our love of three-part harmonies and psychedelic sounds”.

“We wanted to be in a band because we love singing together in three-part harmony, writing songs together and playing together. It’s nice co-writing a song that has each of our individual styles combined”.

“It’s hard to say which gig has been our best as there have been a number of standout performances, such as one at Jimi Hendrix’s London apartment, but our favourite gig was probably the single launch for our first single, ‘Presenting’, at the Monarch in September 2019.

We always love putting on our own events as we have complete control over the line up so we can make sure that the night matches our theme, as well as being able to spend time decorating the venue beforehand to fit our vibe too.

Our single launch at the Monarch was packed and had a buzzing atmosphere; it was so nice to see so many people come out to support us”.

“Our latest release, ‘Wouldn’t Have Guessed It’ is a 60s inspired track that isn’t afraid to show you what it’s made of, with dreamy, retro soundscapes and riffing vintage guitars and synths”.

“Fire In Her Eyes’ unique selling point is our mystical three-part harmonies and our siren-esque bohemian aesthetic”.

“Our plans for the rest of 2020 are to go ahead with the release of our next single, called ‘Cosmic Connection’, the release of the music video for this track, and to practice as much as we can!”

“If it wasn’t music, we’d be remembered for our spooky telepathic abilities!”

“We have a gig coming up at the Islington in the New Year although, at this point in time, the date is unconfirmed (for obvious reasons), and we’ve confirmed a festival performance next summer at Beardy Folk Festival”.