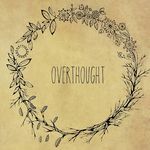 Overthought are an indie folk/folk rock duo from Italy! Who have released their self-titled debut album which is now available to stream on all music platforms.

This album is impossible not to listen to from beginning to end, the strong voice with the brilliant instrumentals makes you feel like you’re in a small music venue and the duo are playing to just you. They have managed to create something that sounds so special and will awake every hair on the back of your neck.

This album is full of beautiful vocals and a simple yet catchy sound which you can’t help but love. It has a sorrow with a hint of Nashville melodrama, the combination of guitar with vocals is magical. The duo has managed to write the kind of songs you find yourself singing along to on first hearing, the hooks are strong and grip even when you think you’ve escaped them.

It’s hard to pick a favourite but if I had to pick one I would have to go with ‘Lighthouse’, it’s vocals are spot on and the lyrics really caught my attention and I instantly related to them. The sound is magical and considering this was the first track I had ever heard from the duo I was instantly sold.

An incredible album from a talented duo!