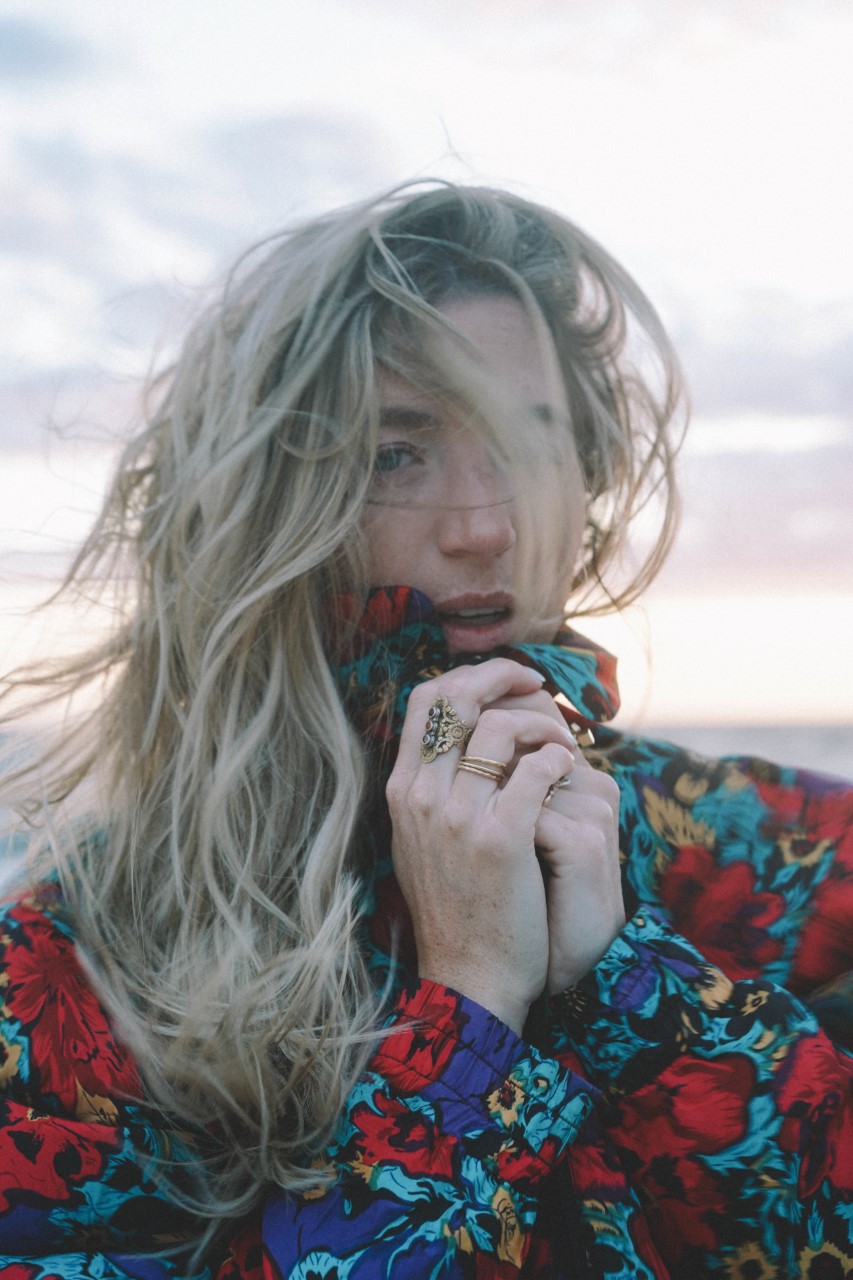 The Los Angeles-based singer, songwriter and producer frogi has been on the cusp of gaining wider attention since releasing ‘moonlight’ eighteen months ago. She has since ascended Hype Machine, hitting the Top 5 Trending Songs and Top 10 Trending Artists, and been embraced by the fashion world with in-store playlists from H&M and Ralph Lauren.

Here’s what Frogi had to say when we got the chance to ask her some questions.

“I remember seeing Norah Jones in concert as a kid and being absolutely mesmerized. My intense obsession for music really blossomed when I was a teen, and I would spend hours a day on music blogs or downloading songs. Artists and bands that had a real influence on me were Fleetwood Mac, Band of Horses, Arcade Fire, The Shins, The New Pornographers, Rogue Wave, Bon Iver, Modest Mouse, Yeah Yeah Yeahs, First Aid Kit, and the list goes on and on”.

How has the last year been for your creativity?

“It’s been intense. There’s been a lot of ups and downs. I started working out of my friend Kaitlin’s converted garage studio in May of 2020, and it’s been really life changing for me. I feel really privileged to be able to work out of such a warm, comforting, and inviting space. But even with that, I would say it’s been full of days where I just couldn’t write anything. I’ve been working a lot on taking care of myself and listening to when it’s time to step back and when it’s time to go full force”.

Tell us about your new single phantom limb..

“I love this song. It feels very close and very personal. It’s a peak into my past, and writing it gave me a chance to speak to a young version of myself, which I think is very healing. I think a lot of people can relate to that feeling of looking back at your youth and wishing you could tell that kid that things are going to be okay. Maybe this song could remind people of how far they’ve come since then. I also think sonically it’s a new territory for me, and I’m really proud of what I made”.

“I had a hard time answering this so I asked my friend Kaitlin to help me out. Her answer: “Rhythmic, etherial, vocal cathedral, emotional, delicate, chorus of babes, fresh, youthful, wise, intimate. Truly the definition of feminine power. There’s something ancient and modern about it, cause of the beats and the vocal layering and the centerpiece that defines your sound.” This is more than three. I am also flattered she would say this. I have really nice friends”.

If you could collaborate with any other artist – who would that be?

“I can’t pick one. Either Stevie Nicks, Justin Vernon, or Phoebe Bridgers. Or all of them combined? That would be a real dream”.

What artists inspire your music?

“The whole frogi project started after I watched the movie “Swiss Army Man.” The soundtrack is by Andy Hull and Robert McDowell from Manchester Orchestra, and the way they arranged every song with mainly just the human voice was really moving to me. It really opened doors in my head about how I want to produce and use my voice as an instrument. After that, I would say my biggest influences are Bon Iver, Japanese House,  Kanye West, AURORA, and Phoebe Bridgers. But I get inspiration from a lot of different artists”.

“I think I would want to be remembered as someone that made people feel included, accepted and listened to. I want to be someone others can feel safe with”.

Have you any plans to play live?

“I am hoping to play live soon! I don’t have any dates in the books yet, but I’m excited to get back to it”.