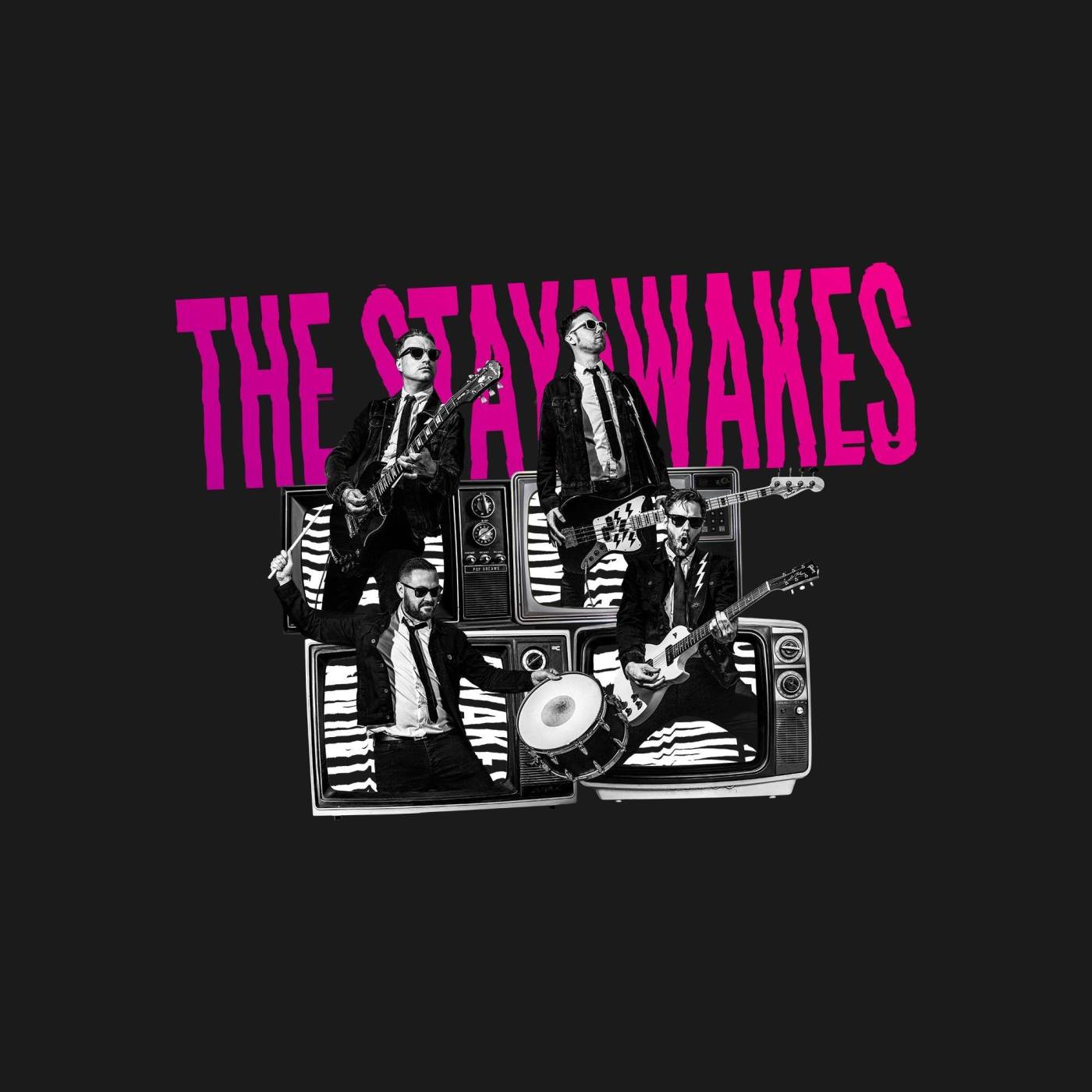 The Stayawakes are a band that are steeped in nostalgia. Named in homage to the 1980s slasher movie genre, and underpinned by friendships going back multiple decades, schoolyard rivals Andrew Ricks (vocals/guitar) and Peter Foulk (guitar) formed a lifelong bond over a piano and a Dire Straits cover. Back in 2001, they teamed up with Steven Hart (drums) to form melodic post punk outfit Day of the Fight. Fast forward to 2017, Jimmy Cooper (vocals/bass) joined to complete the Stayawakes line-up. This South-Coast quartet promise to deliver big hearted jams and sweet harmonies. In 2018, their debut album “Dogs and Cats/Living Together” was incredibly well-received on multiple platforms, solidifying The Stayawakes’ status in the UK pop-punk scene.

If you love finding a new single which will become stuck in your head after listening to it once and find yourself tapping along to the track and wishing you was hearing it being played live this is the track for you.

The single begins with a gripping instrumental and an upbeat sound which you will love. This single is ridiculously catchy and will have you singing along within seconds. The bands high energy combined with their sound is such a joy to hear.

As I was listening to the track, I was taken back to the early 2000’s and felt as if I was listening to one of my favourite bands that made me fall in love with music, it’s not often I feel like this about a new band but for me when it does happen it means they are pretty special.

This single has everything I look for in a single and more, there is nothing I didn’t love about this single. It’s safe to say this single has been added to my playlist and has been played a fair few times on repeat.