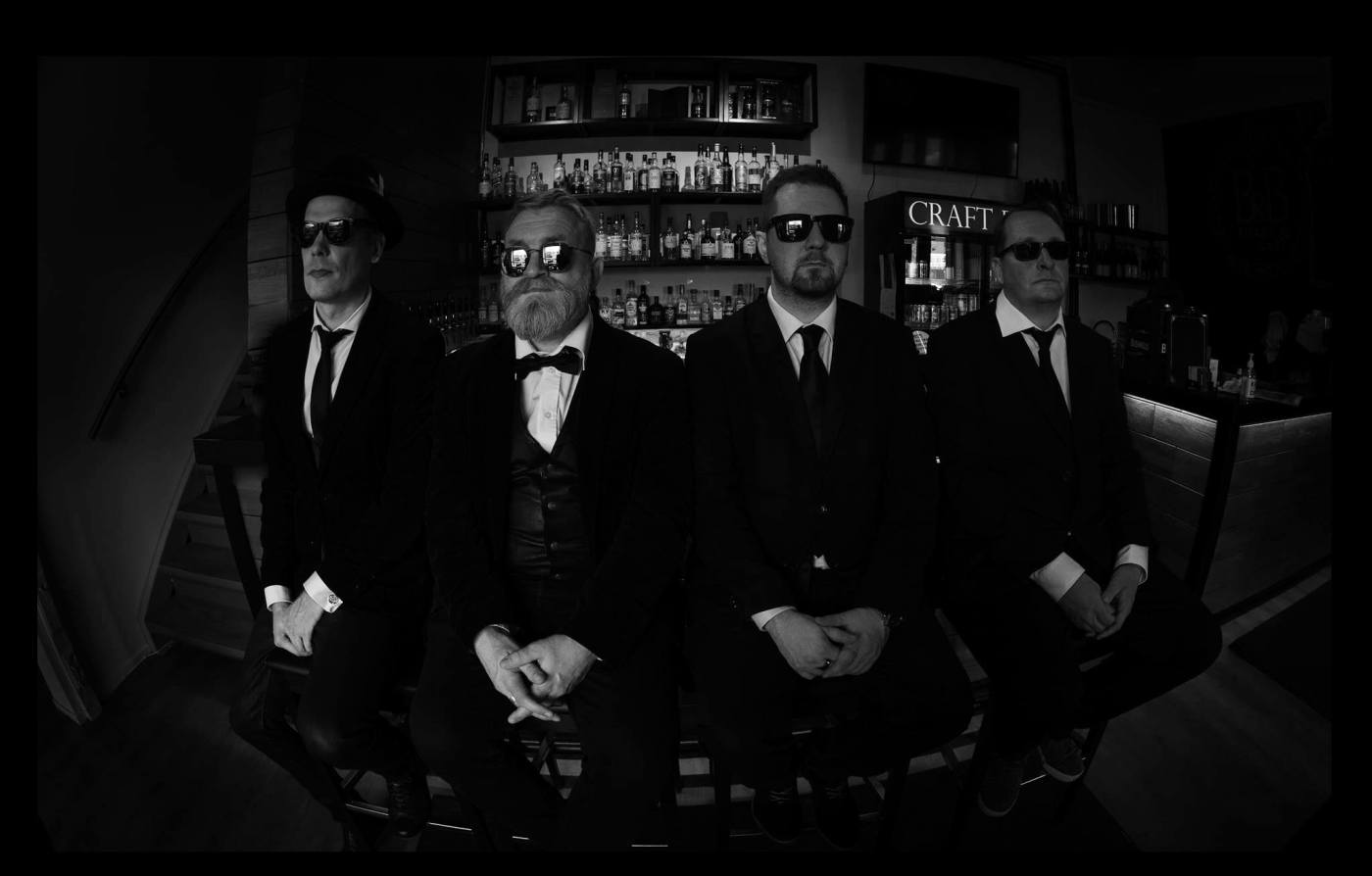 We are Flush, a four-piece rock band from Helsinki, Finland. Our music is a dark blend of alternative rock, punk rock, hard rock, and metal.

“Lasse (vocals, guitars) and Börje (drums) are childhood friends, who met Janne (guitars) when learning to play and how to be in bands. We are all from the same Helsinki suburb. Eero (bass) joined the band only a few years ago. He had recently moved back to Finland, knew Börje from other circles and happened to mention that he plays bass. We were in need of a bass player and everything clicked, and this has become the best line-up of Flush so far”.

“WASP was my (Lasse) first important band. Then came the speed/thrash bands and Guns’n Roses, and soon after it was all punk and grunge. Bad Religion was, and still is, my go-to band for musical influence, but there is a long list of bands from especially the 90s alternative scene that shaped my taste in music and how we are as a band”.

“It’s about comradery and hanging out with buddies, having fun, and doing something you like. It’s pretty simple in the end”.

“It’s either the previous one or it will be the next one. This is and should always be the only right answer for a rock band”.

“Of course we can! We just released a new single called ‘Weak and Wrong’. It’s out on all digital platforms and links can be found through our website at https://flush.rocks. It also comes with a hectic video available on Youtube. It is the second single from our forthcoming EP, which will be released later this Fall. The EP is called ‘Conspiracies, Threats and Chaos’. We released our debut album ‘It Began as a Mistake’ in 2020 and it is also available on all digital platforms”.

“Riffy, catchy and punchy. That sounds like a cartoon show, by the way”.

“We don’t really like to compare too much. It’s a bottomless pit of trying to find who is similar enough to justify a comparison, but still different enough to justify a separation. Based on what people tell us that we sound like, we don’t sound like anyone else. Some label us skate punk while e.g. many critics have butchered us for using the label ‘punk’ for our music. Someone likened us to Placebo once and we frequently get these random comments of “oh, you sound like…” and they mention Nirvana, Bad Religion, Biffy Clyro, The Clash or someone else from an endless list. So how do we stand out from something we cannot really define to be standing in?”

“The EP release and related promotions consume a lot of our attention. We are working on some gig ideas and there are some early signs of new material, but most focus now is on the EP, the singles, and the videos”.

“I like to speak about the music scene and industry, and this whole messed up model of artists creating original art and being forced to publish it through profit-first platforms that collect a vast majority of the revenue. It’s a totally skewed model and does not make any logical or fair sense, but that’s what has evolved with time, capitalism and digitalization. Honestly, I don’t think anyone pays much attention to what I say, but ideally and theoretically, and since you asked what I’d like us to be remembered for, it would be great to have earned some small position in the movement for protecting music as an artform that people can still earn a living from and that still has artistic merit, and is not just a commercial commodity developed with artificial intelligence trying to mimic art”.

“Nothing confirmed yet as most venues in our areas are just slowly starting to open for shows. We want to do some local clubs still this year and then we are planning some traveling gigs for early Spring 2022. Again, our website and socials will have the latest news”.