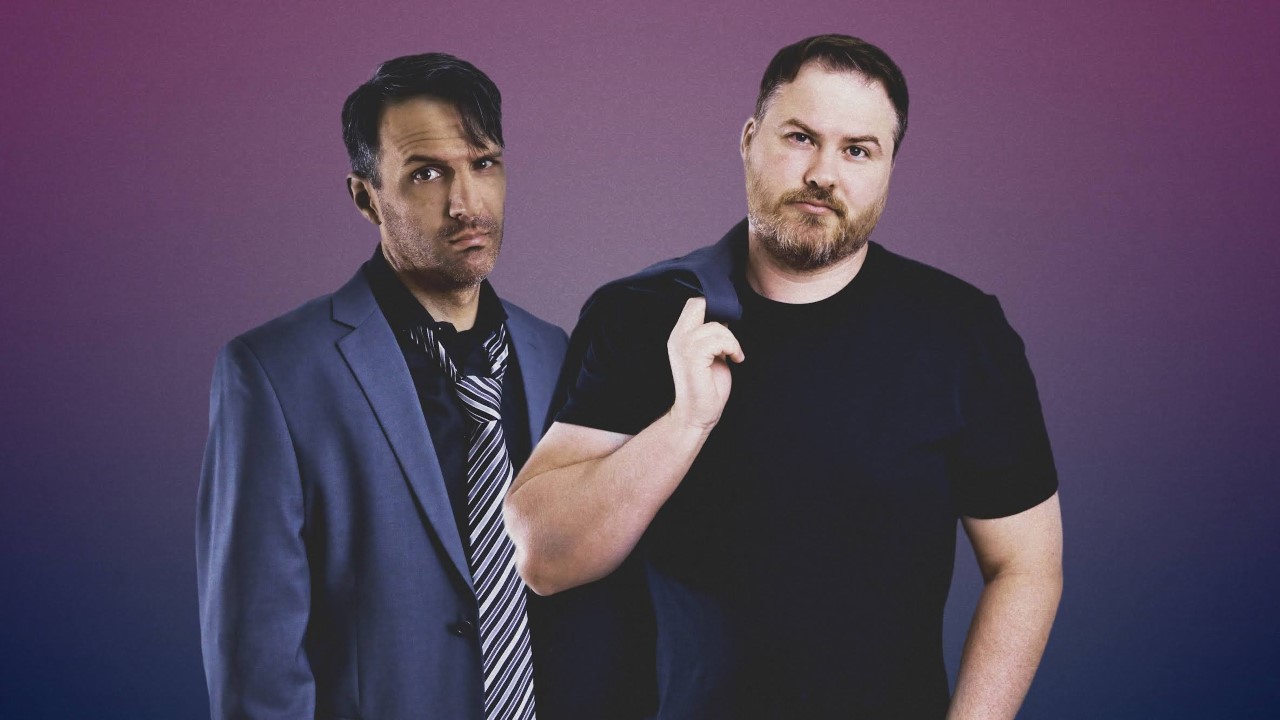 Can you tell us a bit about the band?

“We’re Black It out, and we’re a blend of Pop-Punk, Emo, Easycore, and Post-Hardcore. It sounds weird, but we like to mix up our sound, but it all sounds like it would be on the Warped Tour stage. RIP Warped Tour. We have a long history dating back to 2005 when we were called Scarlet’s Sonata. We started as a hardcore band in the Sacramento, California scene, and we recorded the I’ll Bring the Gun, You Bring the Bullet EP at Pus Cavern in Sacramento. We even opened for some big acts like Mozart Season and Heartshed. We had some line-up changes during that time, and then Shaun went to college. Even though Shaun was in college, we still managed to write and record Trapped in a Sea of Emotion. When we released Trapped in a Sea of Emotion, we changed our name to Black It Out. After that, we went on an eight-year hiatus and played in other bands. Finally, Shaun convinced Bryan to start the band up again, and the song he did that with was “Reflections.” We recently rereleased “Reflections” with our friends from Promise Game. We set to work on Resurgence and released that in 2019. We’ve released several singles, including our If Looks Could Kill EP. Many of our singles are Christmas singles. Bryan likes Christmas songs, but we’ve managed to make them sound like Christmas, but you could play them any time of the year. Check out “Merry Christmas, Don’t Get Me Anything”, and “The War on Christmas.” Our previous song was “Live, Laugh, Love,” featuring Anndy Negative. That song is about Karens. Yes, those Karens, you can watch compilations of them losing their minds in public on YouTube. We’re working on promoting our latest release, “There’s Not Enough Penicillin to Save You,” featuring All Systems Go”.

“I (Shaun) met Bryan through a mutual friend in the Sacramento scene. Both my friend and Bryan were in that band together. I would go to their shows and hang out with them. I got to know the band pretty well. So well, when their bassist’s amp didn’t work, I let them use mine. Later, that bassist moved, and I joined the band as their bassist. Their drummer wanted their old bassist even though he moved away, so he made things difficult, ultimately destroying that band. Bryan and I continued to jam until the other members of Black It Out joined. We were called Scarlet’s Sonata at the time and started as a Hardcore band. In 2009, we changed our name to Black It Out. We went on an 8-year hiatus, played in other bands, and now, we’re back as an internet band. We’re an E-band that focuses on studio recordings. Our sound has changed a lot over the years”.

“I (Shaun) listened to oldies when I was growing up because that’s what my parents were listening to. My dad also sang Elvis Presley songs a lot too. My dad influenced me. I got into Green Day and The Offspring when I got a bit older. I also got into bands like Metallica, The Misfits, Danzig, and Marilyn Manson back in the day. Now, I listen to stuff like Ice Nine Kills, Senses Fail, Bring Me The Horizon, Falling In Reverse, Motionless In White, and Scary Kids Scaring Kids. Of course, that all changes depending on when you ask. I also curate The Pop-Punk Revolution Spotify playlist. I get to listen to a lot of amazing local bands too!”

“I’ve always loved music and was drawn toward the alternative music scene, so it just happened. I never intended to be the singer of my band either. We needed a singer, so I’ve been doing it. It’s weird because my dad was in a band, and so was Bryan’s dad. It sounds like we just fell into it”.

4. What has been your best gig?

“My best personal show was with another band I was in with Bryan. We were playing a bar show, and it looked like no one showed up to watch. We started playing our set, and Bryan and I rocked out. When I looked up after we played an old Black It Out song, the place was suddenly packed, and people were cheering. It was insane! I felt terrible for the band after us because the people promptly left. It was bizarre. Our first show as Black It Out was memorable too. We were so confident and played so well that the other bands thought we were signed. A crowd showed up for us and left—another bizarre show. I think Bryan and I even signed a few autographs. One of our better shows was when we opened for Mozart Season. It was a packed show, and it was amazing”.

“We released an emotional Post-Hardcore song about loved ones being abused called, “Reflections,” featuring Promise Game, in February of this year, and a hilarious Easycore song about Karens called “Live, Laugh, Love,” featuring Anndy Negative in May. Our most recent single is a Pop-Punk tune about a person going off the deep end, “There’s Not Enough Penicillin in the World to Save You,” featuring All Systems Go. We’re also working on a new single as we speak!”

“We do what every band should do, and that’s writing the most kickass riffs possible. So, to stand out, we make melodies that get stuck in your head, and the lyrics are about culturally relevant things. We also do our best to make hilarious music videos for YouTube that match our funny lyrics. When the lyrics are serious, we make music videos geared toward that”.

“We plan on promoting “There’s Not Enough Penicillin in the World to Save You,” featuring All Systems Go. We also plan on finishing our new track and releasing it. We might even be doing a Christmas song. We’ll see how that goes!”

“We’d be remembered as fun, funny, and supportive—Bryan mixes and masters bands at Tonalitystudio.net. I wrote a book, and I currently write for my website called CTRLPLusSPace.com. I also write for Scene Daddy from time to time. Bryan and I host The Pop-Punk Revolution podcast, where we interview bands and put it on YouTube. We recently interviewed Coe Hill and All Systems Go”.

“Bryan and I work full-time and live many hours away from each other. We don’t have time to gig right now. But you could check us out on TikTok, Instagram, Spotify, and YouTube!”